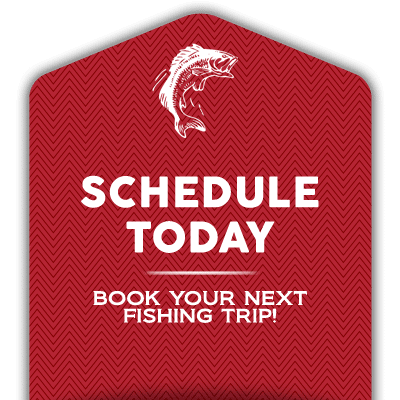 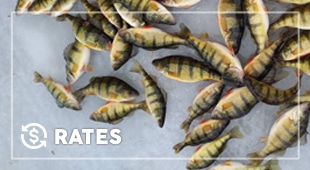 Bret Alexander and his team have been providing ice fishing guide services in Green Bay Sturgeon Bay and the surrounding waters for over 25 years.

Green Bay and Sturgeon Bay are legendary destinations for winter ice fishing anglers. We are geared up for a great winter. Ice Fish Green Bay offers the most extensive ice fishing packages on the lake and are ready to show you a great time! We fish for whitefish and walleye with the occasional perch and pike.

What are you looking for? We offer lodging, 20 fish houses in many sizes to fit your crew. We provide expert guides, bait and tackle, Polaris Ranger Transportation, fishing tactics, and more..... We have what you need and want from a full scale guide service, from A-Z!!! 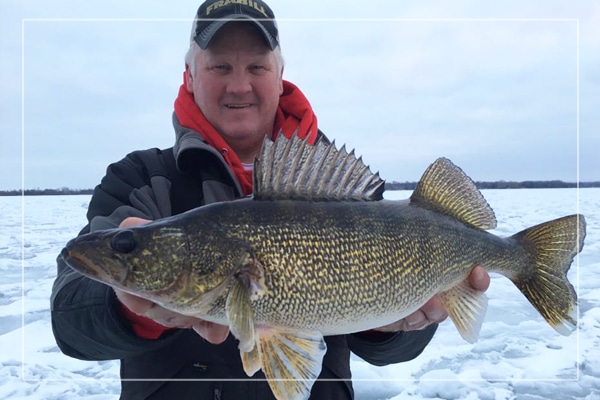 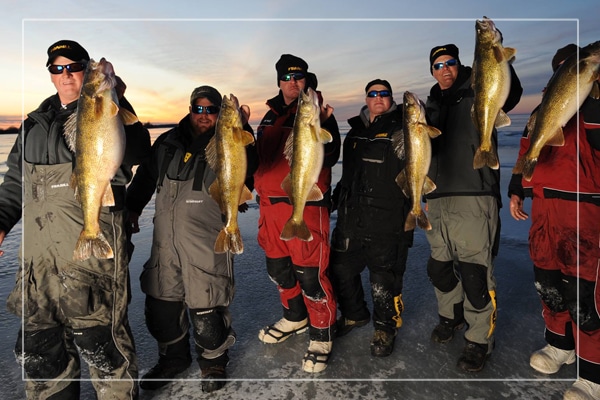 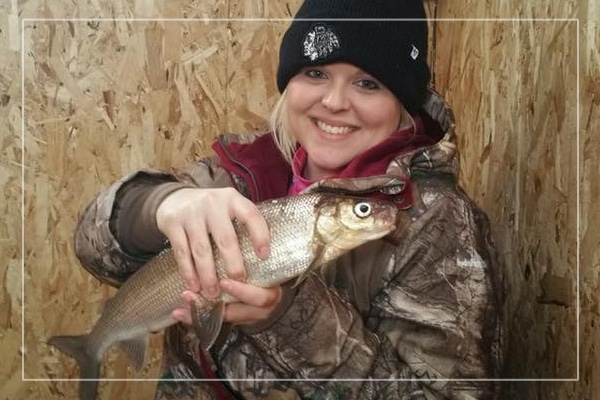 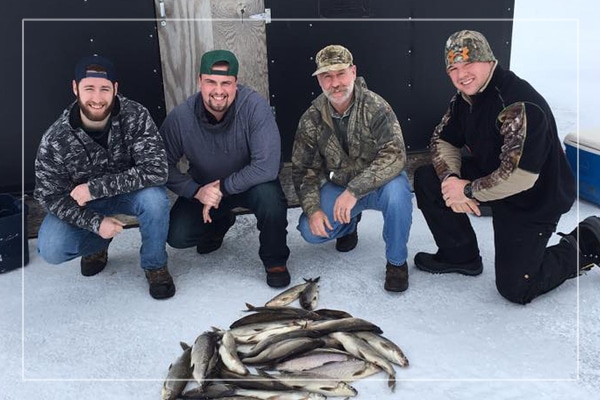 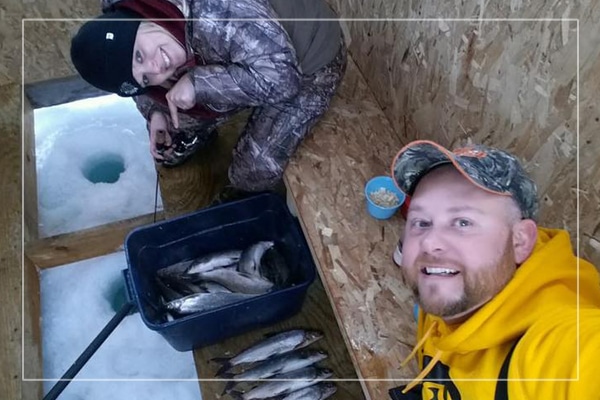 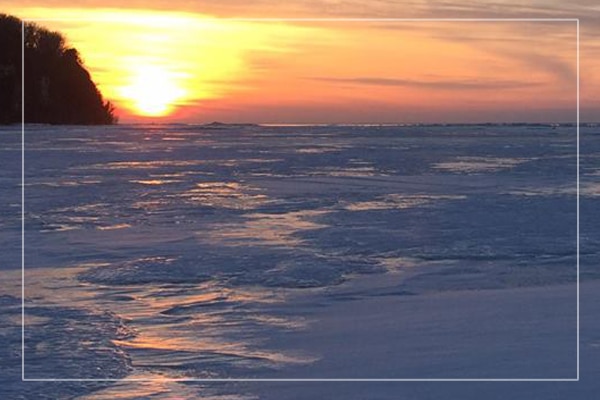 Well folks the ice season in Door County has come to an end, we had a great last 3 weeks of the season with some really nice late ice walleyes making it on the ice. We were going well on the southern end of the bay of Green Bay and near Sturgeon Bay for late ice hand to hand combat with monster walleyes.

The great thing about the late ice walleyes is you can fish them shallow and they put up a great fight. Ice Fishing in Door County is a great time, and if you missed out on the walleye action this winter, make sure you think ahead to next year, as early ice can prove to be very hot with action as well.

For now however we will be chasing the walleyes in the boat in the rivers and on the Bay. Stay tuned to Ice Fish Green Bay as we will have some great specials throughout the year to book your ice fishing trip of a lifetime next year for Big Walleyes, Northern Pike, Whitefish and Perch on the Bay of Green Bay in Door County Wisconsin!!!!

Lately we have been able to move to some of our deeper water haunts to catch up with some HUGE whitefish, this is thanks to the cold weather and safer ice conditions (still travel with care if you are not familiar with your area). Guide trips and our popular and affordable shack rentals have been able to get in the mix with limits of whitefish daily. Depths of 40-65 feet of water for this big whitefish is what we are targeting. Gold and silver spoons, and big jigs tipped with waxies have been key.

For the walleyes, we have been doing well on off shore reefs that have recently developed safe ice over them. A solid amount of fish in the 4-6 pound range have been being caught, with a few pigs here and there. 30-40 feet of water has been best for the walleyes, with shiners and jigs.

Perch have been being caught in the mix with whitefish on occasion on a few of our spots. However we have not been targeting big perch yet, but will be in the upcoming weeks as the jumbo perch show up in the southern portion of Door County Wisconsin.

We have been just smashing the whitefish in deep water here as of late as January comes to a close. Every day we are getting limits whether it be with our guide customers or our ice shack rentals on the Bay of Green Bay.

Best depths of late have been deeper than 40 feet, we are constantly moving to keep our clients on new fresh massive schools of whitefish. Catches of over 200 in a day has happen and will continue to happen as the fishing will only get BETTER AND BETTER as the we get into February and March.

Best color spoons and jigs have been gold in the spoons and orange on the jigs.

Call us today to come fish on a guided trip or a popular ice shack rentals which has become a hit. Just show up, we take you to and from the shack and give you the jigging and fishing technique.

ARE YOU READY TO BOOK YOUR TRIP?

Our ice fishing schedule is filling fast this year! Book your trip today to secure your spot. We look forward to hitting the ice with you!

AS SEEN ON TV

Captain Bret Alexander is one of the most well know fishing guides in the Green Bay area.  Captain Bret is regularly featured on almost every fishing TV show that visits the area. Stay tuned for his latest episodes.

CHECK US OUT ON SOCIAL MEDIA

For Daily Photos and Reports

Check The Weather For Your Big Day